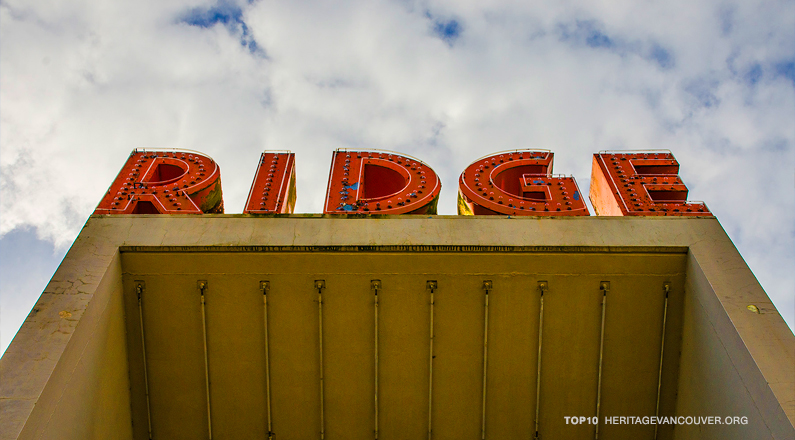 Neon from 1949, of the Ridge Theatre at 3131 Arbutus Street, Vancouver

Illuminating the bustling districts of Vancouver, neon signs were created from the late 1920s through the 1960s, many by artists capturing the combined spirit of technology, artisanship and commercialism present in the city. Today there are only a few dozen of the 19,000 vintage neon signs left.

Why are vintage neon signs significant?

Illuminating the bustling districts of Vancouver, neon signs were created from the late 1920s through the 1960s, many by artists capturing the combined spirit of technology, artisanship and commercialism present in the city.

Neon signs were a source of Vancouver’s urban identity.

It seemed no one could rival Vancouver’s brilliant neon signage from Granville Street and Hastings, to Burnaby or Surrey. Vintage neon signs became part of the public art realm, as designers employed by the Neon companies were art school graduates. It can be argued that Vancouver’s grey and wet landscape was a key element to the success of neon’s reflective and artistic qualities.

Today vintage neon signs reference the historically relevant visual street culture of Vancouver, which the city is now recognizing as an essential aspect of an inviting and active street life.

What is the threat to Vancouver’s Vintage Neon Signs?

Since the 1960s when neon’s popularity began to wane, a shift in city-wide values had sign by-laws altered in 1967 and 1974 which reduced and all but put an end to the neon production of the times.

In recent years, many landmark vintage signs such as the HoHo sign in Chinatown have deteriorated and been removed as their businesses have closed, and the new business no longer wants to maintain the old sign. The Ted Harris Paint sign on East Hastings Street is now similarly threatened.

Even when preserved, these signs may be altered brutally such as the old Niagara Hotel sign on West Pender Street, now stripped of its original tubing and marking a Ramada Hotel. The gigantic Bow Mac sign on Broadway survives unlit and covered with a new Toys-R-Us sign. Save-On Meats on West Hastings is now closed and there is no indication that the sign will be saved. One by one, the lights are going out on our vintage neon signs.

The Museum of Vancouver has a collection of vintage neon signs but its display space is limited and they will not likely be adding any recent removals to their collection. There is little hope for preservation for many of the surviving vintage neon signs.

Claude George’s French company, Claude Neon, brought neon to North America in 1923. In 1924, George Sweeney and other local investors set up a company called Neon Products in Vancouver, to produce neon signs for Western Canada, which is still in business as part of the Jimmy Pattison empire. It would eventually become one of the largest sign companies in the world.

Neon signs were eagerly sought after by Vancouver businesses and in 1953, Neon Products cited 19,000 neon signs in the city of Vancouver, one for every 18 residents. Today there are only a few dozen of the 19,000 vintage neon signs left.

The move to the suburbs in the 1960s abandoned and marked the downtown as an unattractive “neon jungle” against the natural beauty of the city. But in the past few decades, a resurgence of the city’s urban core, and the recognition of Vancouver’s historic neon landscape has restored some neon signs throughout the city. As the original vintage neons signs are coming down, numerous new or renovated bright lights are being turned on, to welcome and brighten the rainy city, among them, the trendy Bao Bei restaurant in Chinatown.

The city outlines plans, in its “Great New Beginnings Projects of 2009 and Onward”, to have neon signs for the Pennsylvania Hotel and Chinatown Plaza Parkade.

Vancouver needs to be creative and inventive with its public presentation and preservation of vintage neon signs. The vintage neon signs represent a vibrant celebration of urban life that a revitalized Vancouver can create by displaying these art pieces in public spaces: on the side of the Sears building or on the exterior of buildings to attract more visitors in the environs of Chinatown. Not every sign needs to be saved, but many of those with good design and lighting can add far more to an area in need of economic and social renewal than simple lighting and advertising.

In Freemont, Las Vegas, a Neon Museum has kept the spirit of vintage neon signs alive with interactive displays and tours. In Los Angeles, The Museum of Neon Art has initiated the Lumens Project – the Living Urban Museum of Electric and Neon Signs – that is working towards restoring dozens of historic neon signs.

As the downtown core undergoes transformations to bring back the festive and inviting atmosphere of the city’s heyday lighting, numerous projects and new signs have been erected. But it’s the future of the vintage signs that is still in jeopardy and with no place to house the unwanted signs, these vintage neon icons will forever be turned off. It is important to find creative new ways to display and bring these vintage neon signs back to life. 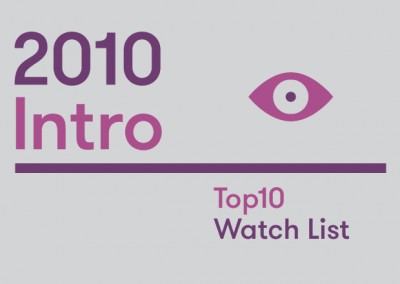 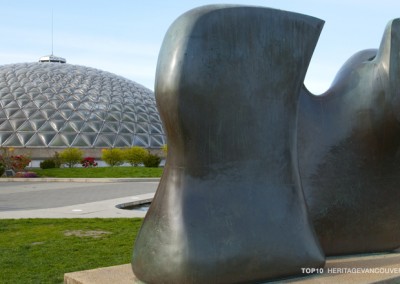 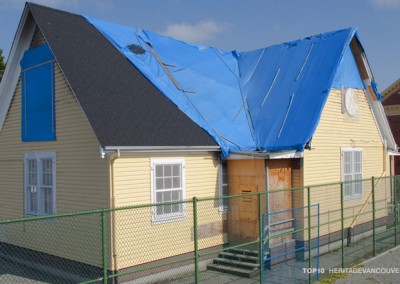 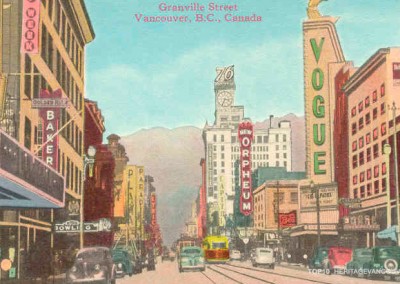 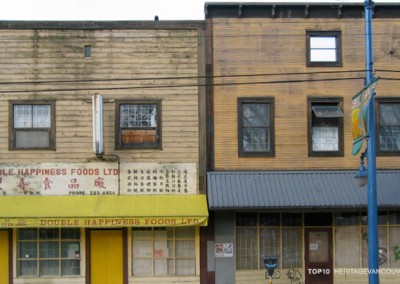 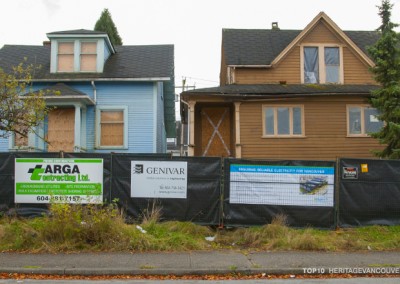 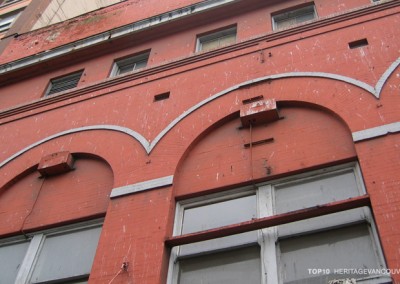 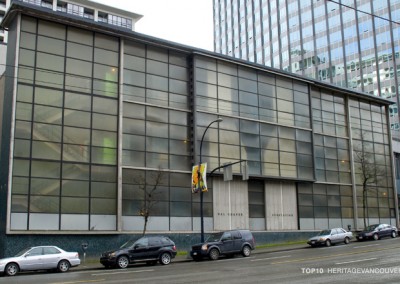 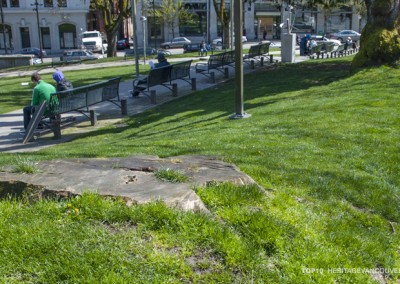