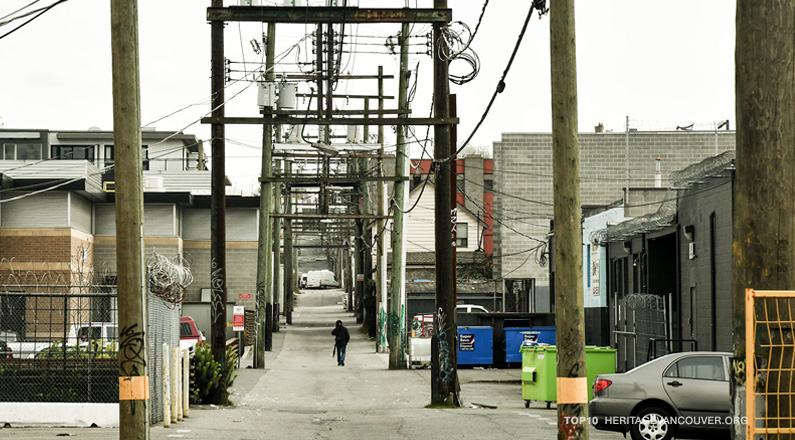 Historic street elements like granite pavers, H-frame power poles, and sidewalk stamps can be found in the oldest areas of Vancouver, but hardly noticed by most. Once commonplace in our urban environment, these elements are becoming a rarer site across the city as they are replaced by more modern street infrastructure.

There is a lack of information about what heritage street elements exist within the public realm, and the management of heritage infrastructure is not effectively coordinated between Engineering Services and the Planning Department.

Important street elements have been identified, but there is currently no policy to conserve them, although conservation was recommended in the City’s Heritage Action Plan.

Once removed, the last surviving traces of Vancouver’s early municipal infrastructure will disappear to be viewed only in archival photographs.

What makes up our historic areas is more than just structures and buildings, but the way streets were laid out  and what municipal infrastructure supported the neighbourhoods. They present a more realistic view of the environment the buildings existed in.

In historic areas, such as Gastown, Chinatown, and Strathcona, these street elements add to the historic integrity of the areas and are a reminder of what early Vancouver streets were really like.

Very few streetcar remnants within the city remain, but on Frances Street in East Van there are granite pavers down the middle of the street that once lined the rails. They are a tangible reminder of how Vancouver’s streetcar system led to the development of new neighbourhoods as the city grew.

Uncovered historic granite pavers can be seen on a one-block stretch of Hamilton Street near Victory Square, which was completed in 1924. Granite curbs installed 100-yrs ago plus are being replaced with contemporary concrete, further visually sanitising our historic streetscapes.

One of the earliest remaining sidewalk stamps dates from 1906 at Robson Street at Bidwell Street (NE), as well the former name of Burrard Street at W 11th on the east side, shows “Cedar Street”[4].

H-frame power poles can be seen in the alleyways of Chinatown. In place since the early 1940s when they were installed by the BC Electric Company, the predecessor of BC Hydro. Retaining many of the H-frames, powered or not, contribute to the overall urban fabric that helps to make a space such as Chinatown, Chinatown. Moving cables underground throughout the city has visually cleaned up alleyways, but in historic areas, it’s key to retain a number of these elements as they maintain the historic integrity of the area.

There is a diverse range of City-owned heritage resources included on the Heritage Register, but there is no single authority that oversees civic heritage sites. Management of these resources is not centralized.

There is also a fractured management structure for resources that are the responsibility of City Hall, as the Planning Department, Engineering Services and Cultural Services are charged with the oversight of different sites, again, each with their own mandates.

Further slippage can be due to a lack of detail on the Register listings (e.g. individual character-defining elements within parks, or small but significant outbuildings on school sites).

Certain heritage sites are at risk of mismanagement, as they may fall between the governance of different departments. The City may also own or control other sites that have not yet been evaluated for their heritage significance.

In addition to City-owned heritage buildings, heritage infrastructure, including historic pavements and street furnishings, can be particularly challenging to manage between departments.

The earliest streets in Vancouver were simply graded, with wooden sidewalks in some areas. As the city grew and developed, some streets received more durable paving, first by being graveled, then some received wooden blocks (partially visible on Alexander Street), and ultimately masonry paving, including granite blocks (still visible on the 400 block of Hamilton Street, along some stretches of Homer Street and other locations), stamped “Granitoid” concrete (visible on West 10th Avenue at Columbia Street) and hard-fired red paving bricks (visible on Arbutus Street north of West 3rd Avenue).

In the past, Engineering Services developed policies relating to the retention of certain types of historic paving, but these appear to be no longer available. The City of Vancouver Street Restoration Manual (Engineering Services, August 2008) includes the following single policy:

3.13.3   At street intersections the cast year shall be stamped in the surface of the sidewalk as directed by the City Engineer. The necessary template figures will be available from the City.

Old historical sidewalk stamp markings 1950 or older have special value to the City and are required to be saved and kept in place. The City must be contacted and consulted prior to the demolition and removal of the markings.

There are few historic streetscape elements that are officially identified by the City; one example is the Birks Clock at Granville Street and Hastings Street, which is listed on the Vancouver Heritage Register.

Identification of significant elements in advance of any proposed street works is crucial to their conservation: the historic terrazzo apron of the Vogue Theatre National Historic Site was destroyed during the repaving of Granville Street in 2009.

Some historic signs have been identified on the Vancouver Heritage Register (such as the BowMac sign) while some are attached to protected buildings; many other historic signs (both attached and painted) exist but are not clearly identified. Further identification and flagging of historic elements should be undertaken to ensure better understanding of what historic streetscape furnishings and elements exist.

Wooden power poles in the shape of an H, carrying power cables. Top tier are generally primary conductors, and the lower sets are what powers adjacent buildings. Barrels on H-frames are transformers which lower the amount of voltage between the primary and secondary wires

Should the CoV bury its downtown utilities underground?
SkyscraperPage Forum 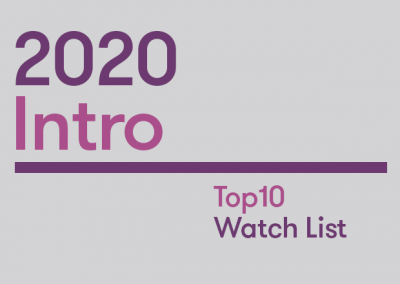 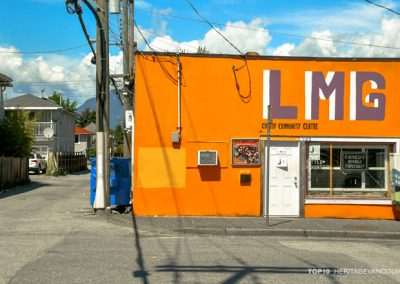 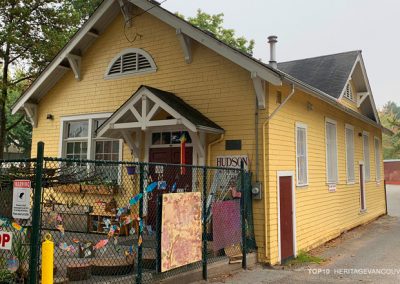 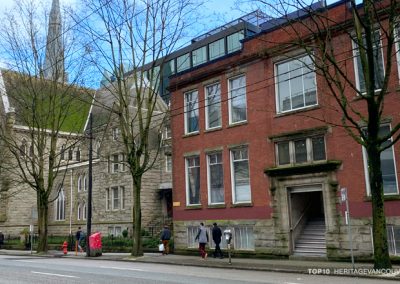 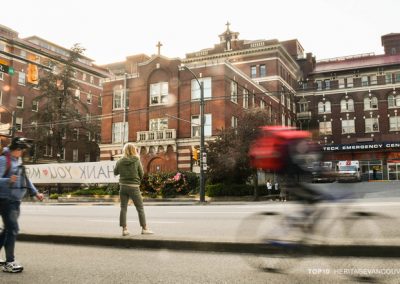 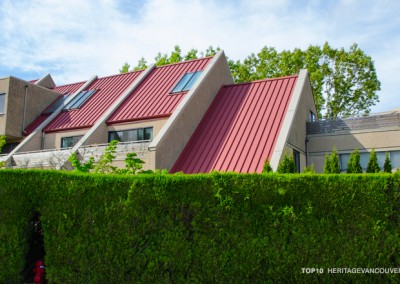 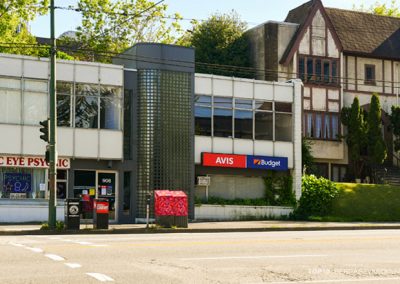 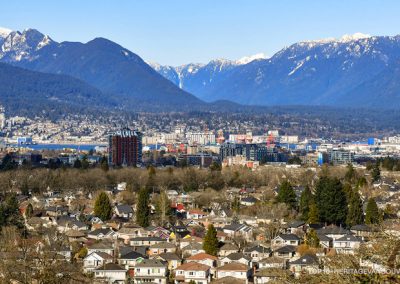 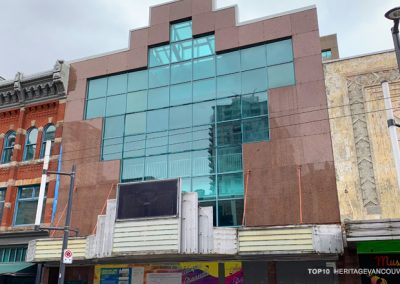