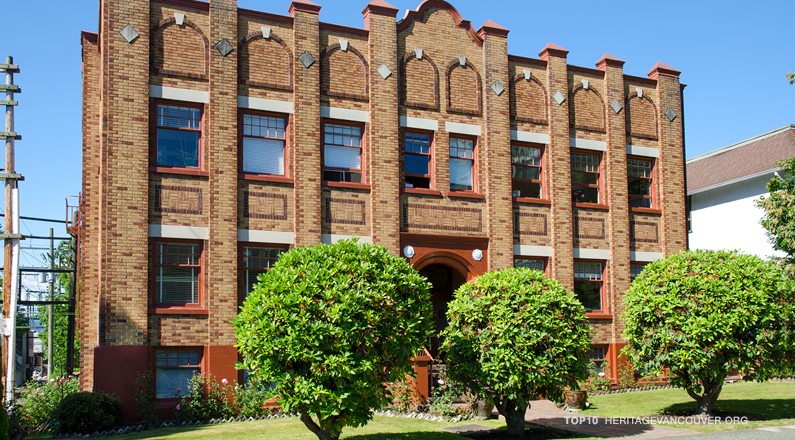 Queen Mary Apartments at 1465 West 14th Avenue, designed by W. M. Dodd & Co. in 1931, is not on the Vancouver Heritage Register. It's a fine example of the lost art of architectural detail through the creative use of brick.

The 15 square-block area — located roughly between West 11th and West 16th Avenues and Fir and Birch — is one of the only intact pre-WWII apartment neighbourhoods in the city, but only about 15 apartment blocks are listed on the City’s Heritage Register — an average of only one per block.

Yet the district is chock full of handsome brick and stucco walkups, designed in period revival styles popular in the 1920s, including Tudor and Spanish-Colonial Revivals, as well as the Moderne design of the 1930s and 40s.

Many unrecognized sites are worthy of heritage recognition and protection: e.g., the stately ‘Queen Mary Apartments‘ (1931) at 1465 West 14th Avenue, designed by architect W. M. Dodd & Co.,  is a fine example of the lost art of architectural detail through the creative use of brick, in this case multiple shades of brick that form repeated verticals and arches, saw-tooth parapets, and other decorative elements.

At the corner of 16th Avenue and Fir Street is the magnificent ‘Willingdon Lodge,’ looking as if it has just stepped off a plane from 1920s Los Angeles, replete with Mission parapets, tile rooflets, wrought-iron balconies and other Spanish-Colonial details, including an evocative bas-relief entrance off 16th Avenue.

In the same block is the ‘Casandra‘, a small but exquisite Tudor Revival with half-timbered gables, mullioned bay windows, and arched terra cotta entry. In fact, the entire 1500 block, north side of 16th Avenue, reads like an essay in period revival architecture and should remain as an intact streetscape — yet none of its addresses is on the Register.

It’s a similar story on other blocks — for example, the north side of the 1500 block West 14th Avenue, where only one of the richly detailed apartments is listed. Ditto the south side of the 1100 block W. 12th, occupied entirely by the conjoined ‘Montrose‘ and ‘Randolph‘ apartments — urbane ‘street-wall’ buildings designed before zoning by-laws required front-yard setbacks.

As the area is zoned for high-density residential, sprouting condo towers now threaten its low-rise character apartments. The accelerating process is eroding the integrity and built form of the entire area: one particular developer has been steadily and aggressively buying up properties for redevelopment, most recently an apartment building near 11th and Birch and another in the 1400-block West 14th Avenue.

While neither building had heritage value, their acquisition and development underlines the obvious: South Granville has been discovered — and not just the unlisted sites are at risk.

Last year, a large converted Craftsman house at Spruce and 13th was demolished for condos despite its ‘B’ evaluation on the Heritage Register. Behold the coming tsunami: the area must be comprehensively evaluated, additions to the Register recommended, and zoning changes implemented to discourage towers and high density development unless part of a heritage preservation project. The time to act is now. 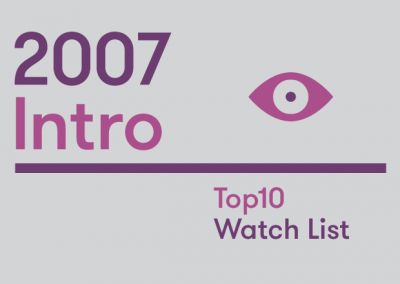 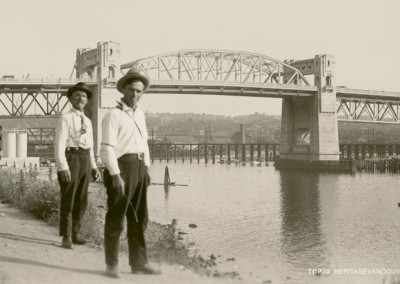 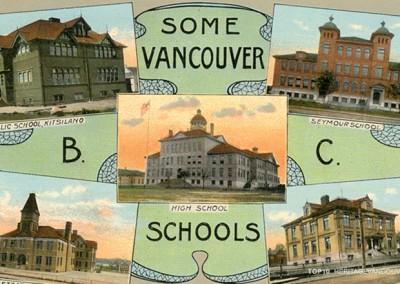 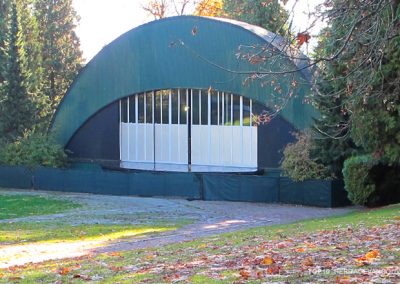 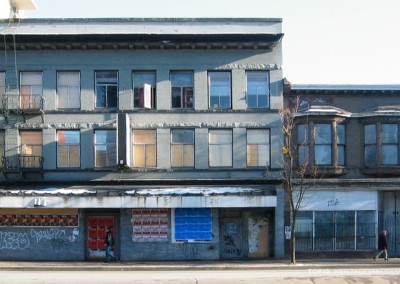 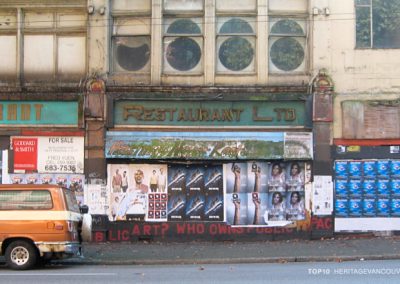 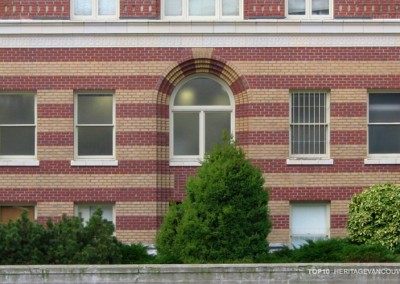 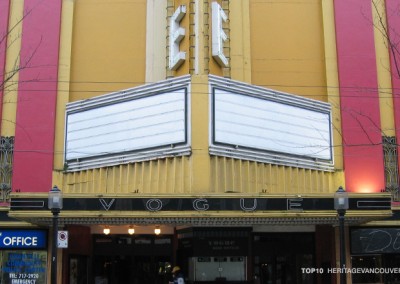