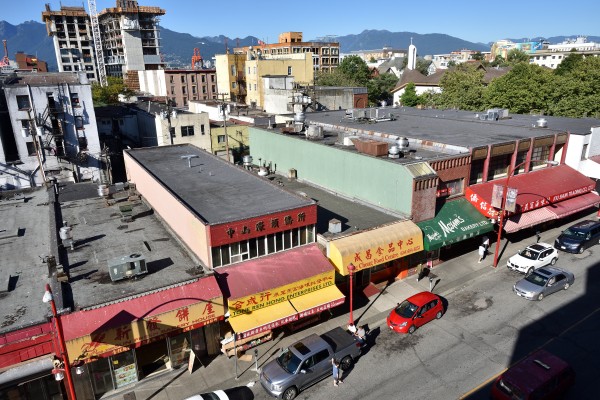 Chinatown is an important neighbourhood that reflects Vancouver’s history and heritage through continual interactions between culture and place in day-to-day life. It is a unique historic urban landscape that is increasingly at risk of losing its unique area character and special cultural / social life.

In this Tour + Talk we examined some of the background of the planning in Chinatown including the Chinatown Vision, the need for a new perspective for Chinatown planning, what is a Historic Urban Landscape and how it relates to a new perspective. Additionally, Genevieve Bucher discussed the BC Artscape Sun Wah project and what type of work is being done there to try to capture the neighbourhood values that are important in Chinatown. Doris Chow wrapped up the tour with a discussion about intangible cultural heritage in Chinatown. 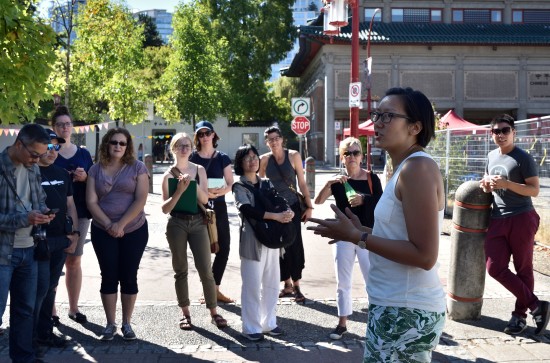 Henry Yu led the tour outlining the origins of Vancouver’s Chinatown and how Vancouver’s Chinese citizens created a cultural hub and influenced development across the city. Historically the majority of Chinese migrants came from a small number of districts or counties in rural areas in southern China. The Chinatown communities that grew in the 19th and 20th centuries, including Vancouver’s Chinatown became economically thriving and socially supportive communities, which was and is sanctuary for Chinese-speaking seniors, working class and low income residents, newcomers and homeless. It is a resilient community that has persevered over time despite the systemic anti-Asian racism that its residents were confronted with.

Between 1885 and 1923, an exorbitant head tax was instituted for Chinese immigrants. Until the 1930s Chinese-Canadians were restricted from purchasing land outside the Chinatown area. Between 1923 and 1947, discriminatory legislation excluded Chinese individuals from migrating to Canada. This exclusionary act isolated many Chinese men from their families. Vancouver’s history is marked with laws and bylaws that were in place to limit the success of its Asian community, which has shaped Chinatown and the greater city significantly. Chinatown was the target of 1960s urban renewal in Vancouver, which included a proposal for a freeway that would have seen an elevated roadway cut through Chinatown. The Chinatown community resisted and protested the freeway plans – action which significantly shaped Vancouver’s downtown to what it is today. 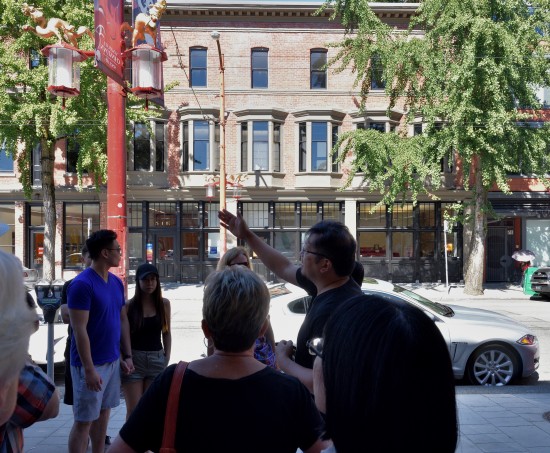 Genevieve Bucher provided a tour of the mall style building and discussed how the BC Artscape Sun Wah project was working to reimagine the space as an arts and cultural centre. Portions of the building will provide office space for non-profits, but a large area was left without an intended use, and requested the input of the community. The Chinatown community expressed their concerns about the building’s usage acting as an accelerator for gentrification and rallied for Chinese presence in the space which would reflect and encourage the community to engage in this space. A current proposal was to create a communal kitchen and lounge that would provide a space for the community to gather or host workshops. The BC Artscape Sun Wah Project was also considering adding a green rooftop that would support gardens with traditional Chinese vegetables. 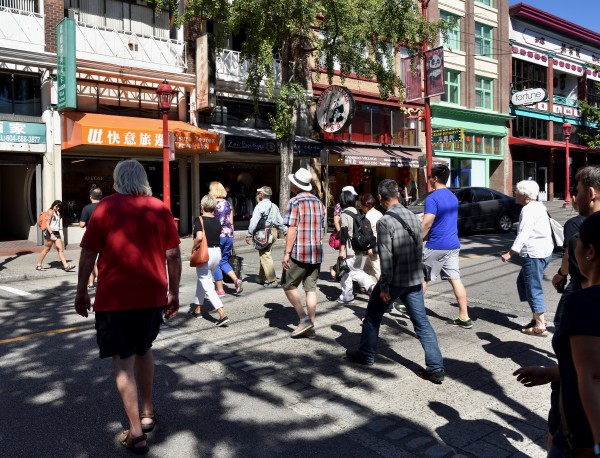 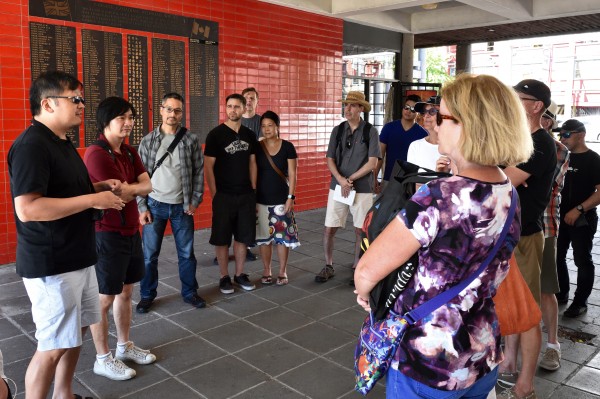 With a HA-1 designation along Pender Street, the city has the ability to stop demolitions or major neighbourhood changes. With many small businesses and associations, the community along Pender has a very strong sense of family. Vancouver’s Historic Area Height Review in 2011 allowed for greater height in Chinatown developments.  This bylaw has been largely resented by Chinatown residents who view it as an outside influence on their community that threatens the current human scaled streetscape. The heritage discussion in Chinatown has largely focused on architecture and physical objects within the community, but speakers noted how the discussion is changing to recognize and incorporate intangible elements of Chinatown’s history. Community advocates are now hoping to engage the community to find ways to preserve these intangible aspects. Doris Chow ended the evening with a discussion on how to engage people of all ages in the future of Chinatown, and stressed the need for placemaking and programming within Chinatown. Chow suggested that Chinatown needs support from dedicated community members, and that this population grows with community engagement. 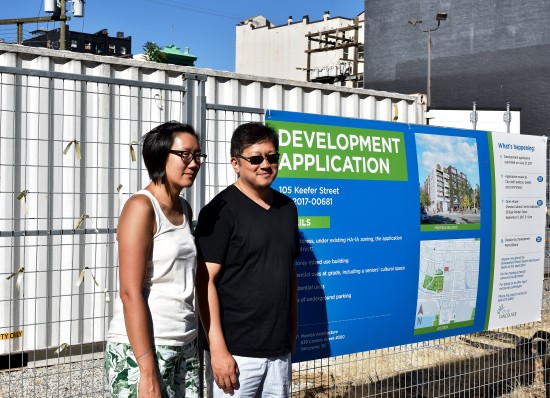 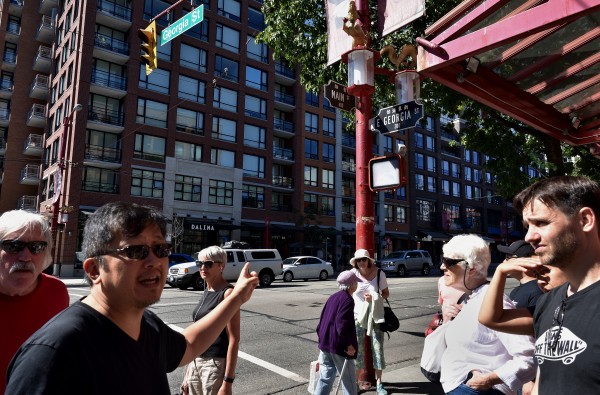