What Is A Neighbourhood? 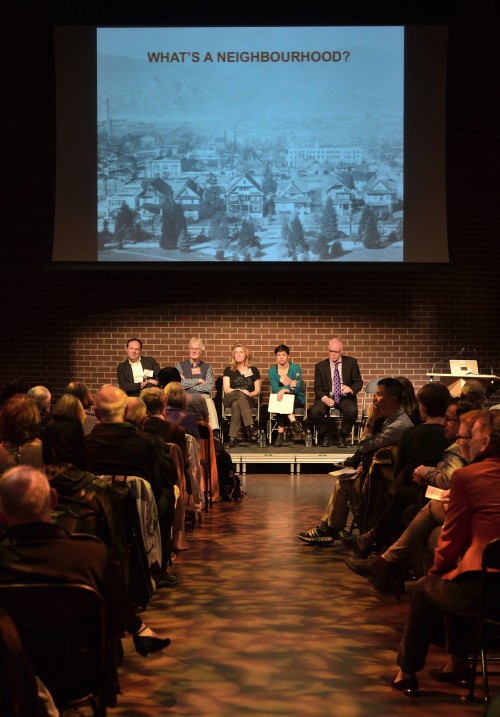 As part of the Shaping Vancouver 2016 series, this panel discussion focused on what features are necessary to have vibrant neighbourhoods and communities as well discussed what should be kept in mind as we manage change in Vancouver’s neighbourhoods.

Many things make a desirable neighbourhood, such as how well it accommodates day-to-day life, the existence of visually and spatially interesting architectural and physical features, how social, community activities and human interaction are encouraged, pedestrian oriented retail commercial areas, distinguishable area character, green spaces, and accommodation for multiple modes of transportation.

Artist and author of illustrated books of history and cultural geography, including Vanishing Vancouver, and Vanishing British Columbia. Volunteer on Vancouver’s Heritage Commission and president of the Vancouver Historical Society.

Vancouver-based city planner, urbanist and educator. Former planner with the cities of Vancouver and North Vancouver and works as an instructor in the Langara Applied Planning Program, the UBC Master of Urban Design Program and the School of Community and Regionnal Planning; completing his PhD in Urban Planning at UCLA. Vice-chair of the Vancouver City Planning Commission and the Vancouver Urban Design Panel.

Principal of Donald Luxton & Associates Inc., principal consultant for the City of Vancouver Heritage Action Plan, founding director of the Victoria Heritage Foundation and recipient of the British Columbia Heritage Award in 2009.

Executive director of the Vancouver Farmer’s Markets, overseeing the organization’s strategic expansion which has doubled the weekly neighbourhood markets, tripled the number of citizens it serves and quadrupled sales to BC farms and artisan food and craft vendors.

Donald Luxton began the evening by providing an update to the Heritage Action Plan, including details on the the Character Home Component, which will be presented to Vancouver City Council in spring 2016. Luxton outlined the origins of Vancouver Heritage Register, which was established in 1986 and was created with the intent of recognizing the unique heritage within Vancouver’s neighbourhoods. The Heritage Register now seeks to move forward with more reference and care to the cultural heritage of an area, not just the architectural history in an area. Luxton noted that many community heritage details in Vancouver’s neighbourhoods have emerged through research which has morphed and made the project evolve, consequently making the project difficult to wrap up. Luxton noted that architecture is only a part of a neighbourhood’s character, and that many expressed concern for the trees, parks, and urban realm of their communities. 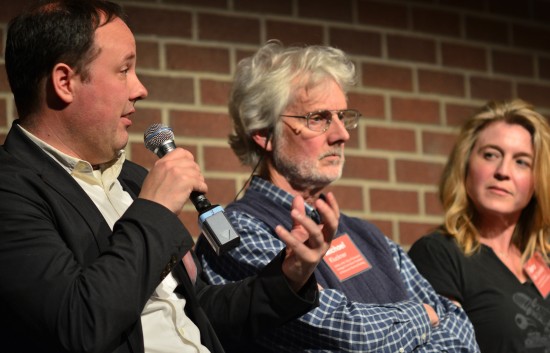 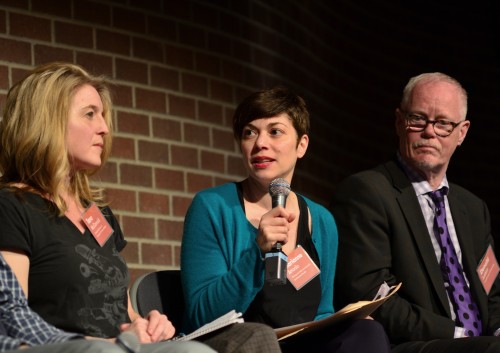 Amodio noted the role that markets play in shaping communities and asked panelists what else makes or contributes to a vibrant neighbourhood. Kluckner noted many vibrant neighbourhoods incorporate mixed, allowing commercial to be integrated within residential areas. Kluckner added that former city plans which sought to eliminate retail out of residential areas has made it difficult to re-introduce commercial and residential spaces in the same area without proposing projects that massively increase an areas density. Luxton agreed, adding that many Vancouver neighbourhood general stores have been zoned out of existence, but were important aspects of the community’s vitality. LaMontagne stated that while these corner stores are valuable, it is important to note that the way in which people shop today is very different. He concluded by adding that these neighbourhood stores should return but host businesses that the neighbourhood is likely to adopt and support. Amodio questioned what specific characters of a corner general store possesses that makes it an important neighbourhood attribute, and what neighbourhood attributes are lost when the stores leave. Klucker explained that the corner grocery stores are a nostalgic reminder of the former live/work spaces in Vancouver neighbourhoods and often add unique architecture to a neighbourhood. Luxton responded that many of these buildings are typically unique because they were allowed to change and evolve over time. Luxton warned that preserving neighbourhood buildings for nostalgia’s sake could limit a community’s growth. 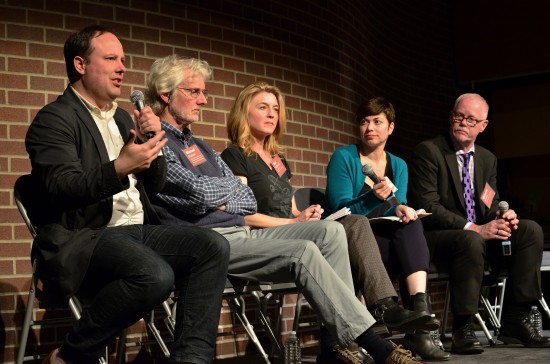 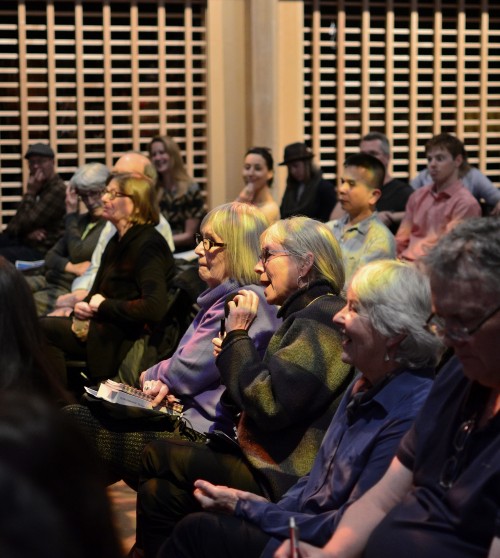 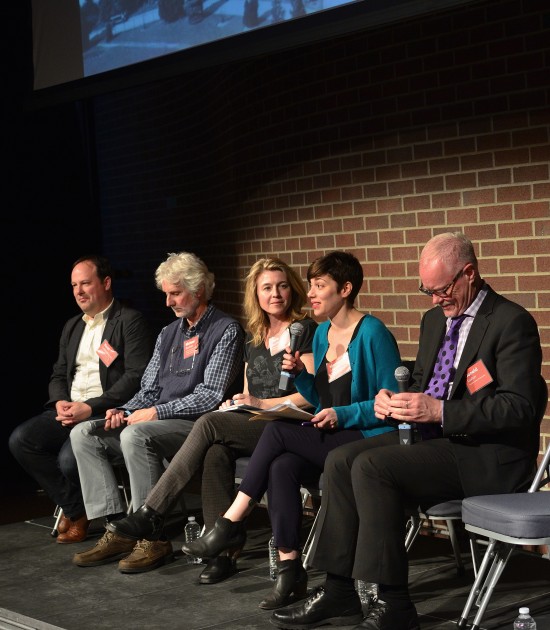 Discussion moved towards how a neighbourhood’s identity could be created by drawing from its history. Kluckner noted that an areas buildings are not creating its identity but adding architectural value. Luxton agreed and added that many new developments are not being built to last for a long period of time, and built without considering how it will add to the future of a community. Panelists agreed that new developments are not a negative aspect in a neighbourhood, as community identity morphes and changes over time. However, all panelists expressed concern about dead-end developments which do not add to the existing community and often lead to demolition.