What Is Vancouver’s Heritage?

As part of the Shaping Vancouver series, this event focused on what defines Vancouver’s heritage and what heritage values ought to be recognized. Moderated by Stewart Burgess, panelists considered what defines heritages values and discussed changes to Vancouver’s Heritage Register, an inventory that identifies approximately 2,200 heritage sites and resources, to reflect and recognize a broad range of heritage values, beyond just the architectural.

To view a full-length video of this discussion, please click here.

UBC University Architect and steward for the built environment and landscapes for UBC’s three campuses, boardmember of ICOMOS Canada, Chair of the Association of University Architect Sustainability Committee and a member of the Advisory Committee on the Official Residences of Canada; worked previously as the Senior Heritage Planner for the City of Vancouver adjunct professor with the University of Victoria Cultural Resource Management Program, and an architect specializing in infill and adaptive-reuse projects in Montreal.

Associate professor of History and the Principal of St. John’s College, UBC. He was the Project Lead for the $1.17 million “Chinese Canadian Stories” public history and education project (2010-2012).  Between 2009-2012, he was the Co-Chair of the City of Vancouver’s project, “Dialogues between First Nations, Urban Aboriginal, and Immigrant Communities” and in 2012 received the Queen Elizabeth II Diamond Jubilee Medal in recognition of his community service and leadership.

Director of The City Program at Simon Fraser University. In 2002 he finished his sixth term as a city councillor in Vancouver. He blogs on urban issues with a focus on Vancouver at Price Tags. In 2013 he received the President’s award at the annual meeting of the Canadian Institute of Planners “in recognition of an outstanding lifetime contribution to education and professional planning in Canada. 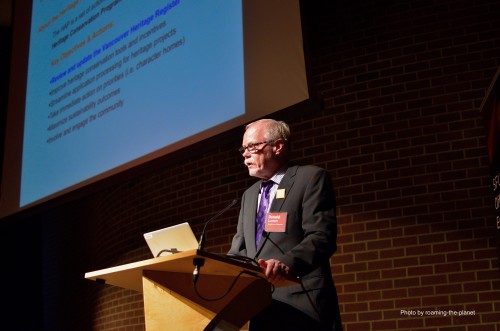 The following discussion between panelists included discussing what a values-based approach to heritage is, what values make Vancouver’s heritage, what is missing from the heritage register currently. A question period with audience members occurred followed at the end of the evening. 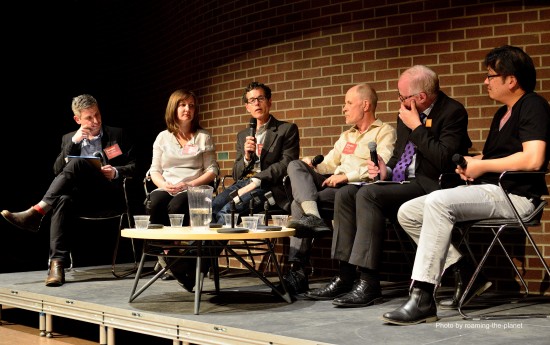 What is a values-based approach to heritage? 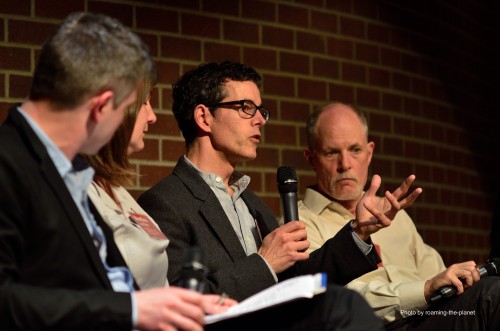 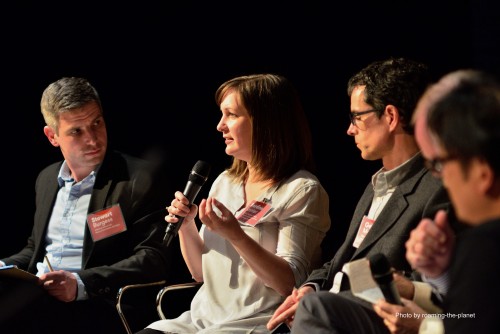 What are the values that make Vancouver’s heritage?

Burgess suggested that hearing more from the community, in particular hearing the stories of community members will lead to a better understanding of the identities and important values in Vancouver communities. Gordon Price responded that while this method gives community members more opportunity to speak about what community aspects matter to them, it could create a paradoxical result; if everything is given meaning, nothing will have meaning. Price also noted that this method requires taking an abstract value (the community’s stories) and turning it into a tangible value, which could require decisions that have a direct impact on land values. Price stated that this would place politicians in a dilemma, caught between influencing land values and safeguarding the community’s stories. Yu responded by saying that this a values based process would allow the community to consider their current ideas of heritage, noting that heritage changes over time, then electing officials who will respond to these interests. Yu suggested that Vancouver could benefit from designating heritage areas that would preserve significant historical places. Burgess warned that distinct heritage designation could lead to areas that feel devoid of everyday life if taken too far. Jonker agreed with Burgess, adding that heritage needs to be able to relate to the community and its stories, which develop over time and with experience. Luxton added that the goal of the Heritage Registry is not to add more building but to review and re-evaluate the buildings already on the register, and consider what is missing, keeping that in mind that with the rapid changes in Vancouver, many historical buildings now have a rich and layered history. Price suggested that it would be difficult to impose because as the registry attempts to acknowledge the layered history of an area it would also be imposing restrictions that would limit the changes to a place in the future.

McGeough suggested that instead of creating distinct designated areas, which could stagnate the evolution of a community that certain areas be marked as a community resource and maintained for this purpose, such as a community hub. Price warned that looking for a continuity of meaning will not necessary preserve the historic qualities. Luxton noted that research into Vancouver communities will play a large role in exploring what makes the history of an area, and determining what periods are significant. Burgess questioned if a values based process conducted by researchers and professionals would accurately assess community needs without the community’s input. Price agreed and noted that Vancouver’s communities need to be mapped out in order to recognize what does and does not require defining in today’s society. Price questioned the current relevancy of some of Vancouver’s neighbourhoods that were created from racial or cultural segregation and forced groups of people to live in a distinct area. Jonker responded that conservation should act as a way to pay respect to an area’s history, while allowing adaptation and reuse to contribute to a layered history. Yu agreed with this and added that allowing for a historic place to adapt to current use strengthens a community’s history by integrating its past into present life. 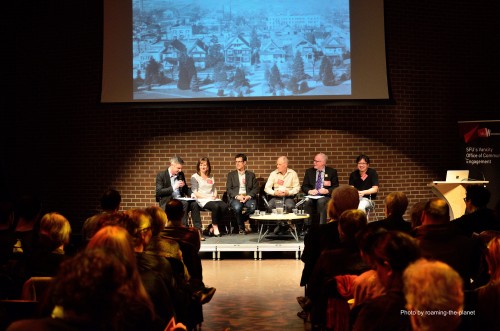 What is missing from the heritage register?

Burgess asked panelists what they believe is currently missing from Vancouver’s heritage register. Burgess briefly outlined some areas largely excluded from the current register: First Nations’ heritage, the intangible social heritage of Vancouver, the industrial heritage of Vancouver, the mid-century modern heritage and the post 1940s/post modernism heritage of Vancouver. Price proposed that the Vancouver Special deserves more preservation efforts, as it symbolizes the post war boom in Vancouver. Luxton stated that there needs to be a voice for the different ethnicities in Vancouver, as well as greater recognition for Vancouver’s LGBTQ population, who were completely unrecognized at the time of the first register. Panelists agreed that creating a defined list of Vancouver’s cultural heritage will pose a difficult challenge, as subjective judgment could exclude communities or be susceptible to individual bias. McGeough noted that the role of researchers would be to engage with the community and determine a place’s roots. Jonker suggested that the heritage register needs to consider what heritage will mean to different groups of people, noting that older and younger generations typically have very different views on significant heritage. 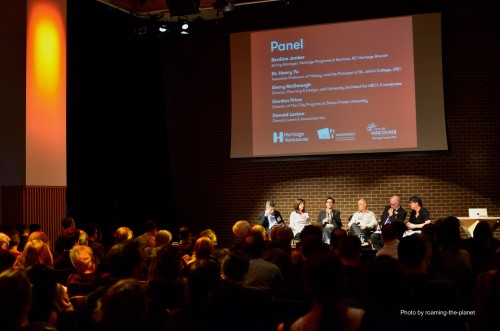